Okay a lot of fun stuff happened this week but I guess I ought to start on the title of this post. Before I start with this post, some side info Buntis=pregnant and binyag=baptize, do not mix them up, we ask people to come closer to God and get baptized, not come closer to us and get pregnant. Those are two very very different things and you will need those 2 words to keep up with this post. I am buntis y'all! I'm about to train a new kid! Just as a clarification, no I am not actually pregnant, it just means I'm training a newbie! like new new. like so totally fetching new right from the MTC. HE'S A BABY MISSIONARY!!!!! I'm gonna be his trainer and I'm totally pumped! I still don't know who he is because I'm going to pick him up tomorrow, but I bet he is guapo as fetch! and hopefully diligent and obedient or I will burn him with nothing less than eternal damnation... okay too far.
.
.
.
anywho, I'm gonna miss my current companion Elder Lowery though, I'm gonna miss his weirdness, his strange but effective methods, and ummm his low-key annoying but incredible finding skills. 10/10 guy. But anyway he's leaving and going to be a Zumba-Lord in a different zone binyag-ing all the nanays and inas. And I'm buntis taking his place here as a District Leader. Oh it'll be a fun transfer mate! I'm so pumped!

The ward is still good, we're just prepping 2 families to be baptized, among a few other peeps. except you know the funniest thing happened. 22 out of our 35 progressing investigators EVACUATED THIS WEEK! we taught a total of like 10-20 lessons this week (weaksauce) because well they're not home. );

It's okay though they're still heading back to their homes... The storm was alright, some 2-3 feet flooding and some fetching strong winds but nothing bad enough that we stop proselyting. kaya patuloy pa rin ang work (so the work continues)...

Now for some fun stories.

One of the less actives in our ward just gave birth. anyway she was buntis. and my comp and I decided to visit her at the hospital and say hello and stuff. But while we were walking we decided hey we should buy her a birthing gift? is that a thing? birth gift? anyway. Elder Lowery bought a kilo of rambutan (sweet fruit that looks like pink hairy balls), I bought 15 pesos worth of dandelions (I'm poor), and our worker got a small thing of baby powder. Anyway thinking this was all normal, we went to the hospital, showed them our nametags and said
"Yes we need to be here, we are representatives of God. 3rd floor. Female ward. Mormons." -E. Villanueva
"Oh okay, come in!" -The Security Guards

We walk upstairs, wave at the nurses, and walk in the female ward. And this less active looks at us surprised and says
"What're you doing here?

And there's my sarcastic quirky attitude going like
"I heard you asked for 3 ghetto Filipino wisemen, we gotchu some gifts" -E. Villanueva
"So how was birth?" -E. Lowery

It all went well! they didn't go to church though because they were flooded in their house and she just gave birth. It's okay there's always next week. One cool thing to ponder about this story though. We are all Children of God. THINK ABOUT THAT. That means we can become like Him, We have the opportunity to change and become more than what even we believe is possible because "When we comprehend the character of God, we comprehend ourselves" (Teachings of Joseph Smith, 2011). Yeah sure that newborn baby may not look like much right now, but like all others here, we have the divine potential to change and learn and become more like Him. Who knows? That baby? might be a missionary too one day.

Next story. Elder Lowery Shows brotherly kindness in a very very visual way. Is he kind verbally? not at all. Is he kind physically when it's the two of us? once in a blue moon. but when it really matters oh he's kind. Oh he is very kind. He is kind beyond kindness sake.

So lemme tell you my story.

Anyway my comp and I are still proselyting while the world's falling apart, and decided to visit a part member family but on our way there we had to go through this one alleyway filled with drunks. and a few of them started harassing me. He said a lot of not nice things. And I just thought we were going to walk away and then Elder Lowery, this heaven-sent countryboy from Florida, confronted them in perfect Tagalog. (Next part is loosely translated)

I was just speechless. And the other guy was stunned. Not only did Elder Lowery know Tagalog, he did it in a way that had power that I hadn't seen before in Elder Lowery. It low-key blew my mind. Little did I know that during this incident the part member family was listening and the dad went out and chastised him till he left. It was a cool time. and it shows that Elder Lowery, though doesn't show it, can be a powerful mother bear when protecting his companions. 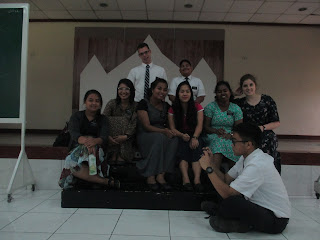 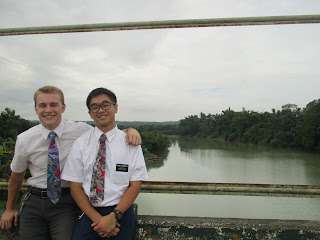 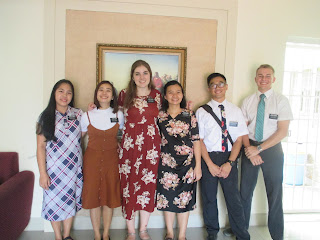 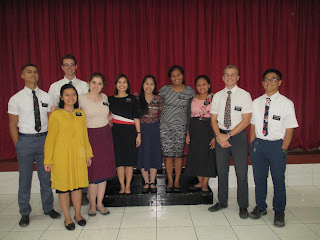 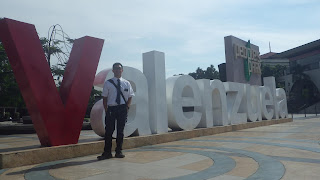 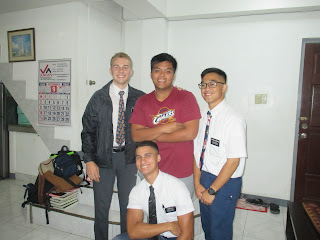